In the interest of full disclosure, I’m gonna let you all know that I own a 2017 Subaru BRZ and I absolutely love tearing up some winding country back roads with it. That being said, there are a number of gripes with the car that have been noticed by a number of owners and members of the car community. So, we’re going to go over some pros and cons of the 86/BRZ and get this all out in the open. 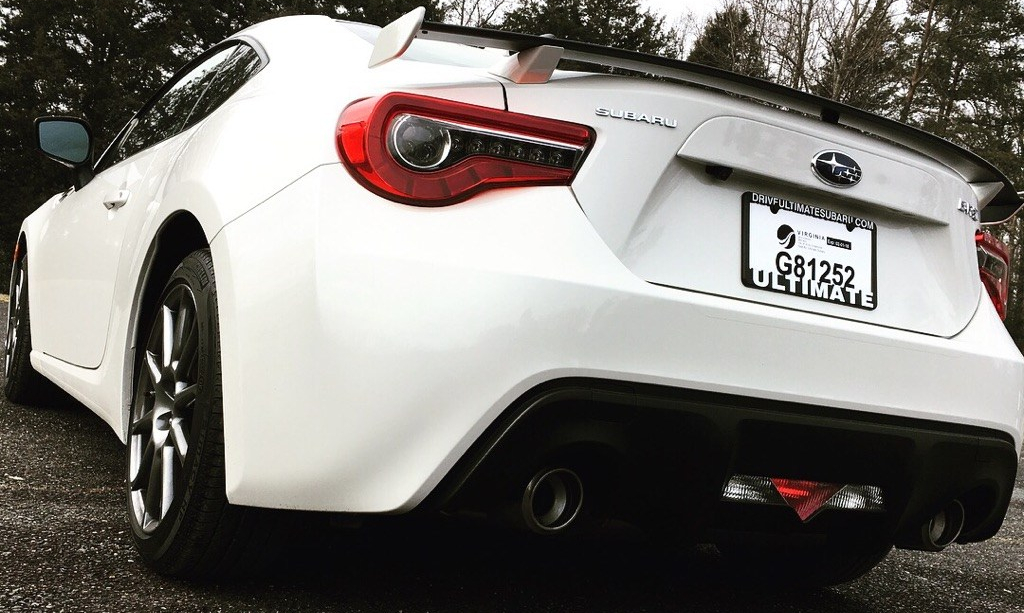 This is where the platform shines. It is a perfect little canyon carver that allows you to make corners at speeds that would make other cars careen into a tree or off a mountain, while also being perfectly capable of being an easily controllable little drift missile when you want it to be. This balanced combination lends itself incredibly well to spirited driving enthusiasts who want to be able to hug those curvy roads one minute, but do some parking lot drifts the next.
*Average Car Enthusiast does not officially condone parking lot drifting, no matter how fun it is*

“Linear” is definitely not a word that you’d use to describe the torque output in a 86/BRZ. Just when you get going and start putting some power down, you’re going to notice a significant drop that lasts from around 3500-4500 RPM. It kicks right back up after that gap, but when you hit that dip, it feels like the car is putting out about as much power as a mouse fart. There are mods that can be done to smooth out that dip a bit, such as an unequal length exhaust manifold, but that dip will still be there.

If you’re an above average sized dude like me (6+ ft/182cm tall), you’re probably used to the usual feel inside of a small car. It’s cramped, you have no leg room, head room, or pretty much any real ability to be comfortable (Looking at you, Mazda Miata!). I’ve never experienced this issue with any of the 86s or BRZs I’ve been in though. Whenever I step into my BRZ, I am in total comfort and don’t feel like I’ve been trapped in a sardine can. If you’re ever forced to sit in the back seat of one though, you’re experience will probably differ quite a bit though…

CON 2. It Looks A lot Faster Than it is

One of the biggest gripes I hear about the 86/BRZ is that the car has the look of a car that would be able to compete with Nissan 370Zs and Hyundai Genesis Coupes, but it’s humble 205hp actually puts it more in the realm of a Honda Civic Si or Mazda Miata. Now, this isn’t too much of real problem that will haunt you on a daily basis, but if you’re the type who has an ego and likes to do some stoplight to stoplight races with every Mustang GT that stops next to you, then you better get used to losing, because you’re going to be doing that A LOT.

Since the 86/BRZ platform has been around since 2013, that has given it plenty of time to gain a wide following and a plentiful aftermarket for performance and cosmetic modifications. The amount of aftermarket parts for the 86/BRZ is at the point where it rivals even Honda for the sheer amount of aftermarket support. Whether you’re looking to add on performance exhaust or attach an obnoxiously large wing, there is a site that has specifically what you need. And if there isn’t, it’ll only be ten minutes until one just randomly appears, like the universe just knew you REALLY needed that widebody kit.

As soon as you bring your BRZ to Cars & Coffee, it will happen. You’ll hear the chants of “One of us!” from across the parking lot, seemingly coming from a smokescreen that smells oddly of brownies and boxer engines.

You’ll approach cautiously at first, but then walk into the cloud as casually as you’d walk into your own home. The Nation will adorn you with a flat brim Monster energy hat, your brand new pair of skinny jeans with holes intentionally cut in the legs, and a vape pen loaded with “Chocolate Eclair Ecstasy“. You all will drive off into the sunset together, only to stop at your local vape shop next to the McDonald’s to hang out in the parking lot, revving your WRXs and BRZs at any Honda that drives by and annoying literally everyone within a five block radius.