Now to get started with complete transparency, I’ve owned a 5th gen, so I might be a tiny bit biased. The “Lude”(as I knew it) was black, everything was stock and the engine lasted all the way up to 180,000 miles. To be fair, that’s nothing for a Honda, but this thing lived a hard life. Having 7 owners before me, and once in my hands I beat the heck out of it. Though even being a ’99 car with high mileage, everything held up pretty well. All the electronics worked without flaw, interior had minimal expected wear, suspension felt great, and the engine stayed strong all the way up until it blew. Even after losing a cylinder it would still start up and drive around, although it definitely didn’t sound healthy. I ended up selling it to a tow company for a whopping $100. *Palm to face*. 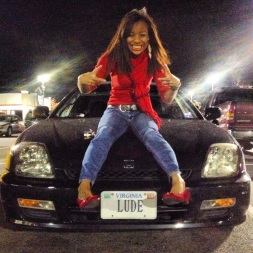 The fifth generation Prelude was, and still is, an awesome sports car. The design was great, a sexy sport coupe with good proportions and sleek boxy angles mixed with a low wide stance. This made for a timeless look that still holds it’s own against cars today. It pushed 190-205hp, depending on transmission and year. The 2.2 V-tech H22A4 engine would send you to 60mph in 6.7 seconds and take you all the way up to 140mph.
The car only weighed ~3000lbs with a 60/40 distribution front to back. Yes it was front wheel drive, but it handled amazingly with it’s four wheel double wishbone suspension and responsive disc brakes that would stop you in 120ft from 60mph. Not bad. Even the automatic transmission used a double clutch setup that offered swift shifts and a computer that let’s you hang on the limiter until YOU up shift. This makeup made for a peppy performer even by today’s standards. This was one of the cool factors of the Prelude; Honda used it as a platform to test equipment for their future projects. Hence the name. 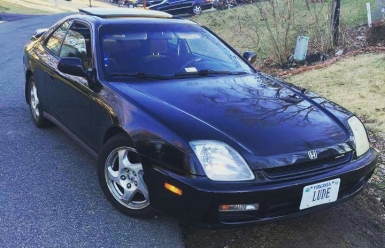 I always loved hopping in mine on an early weekend morning and just finding new roads to eat up.  Honestly, the best dynamic of the car was the handling, as it made every corner feel exciting. For the power delivery, it was strong and consistent, making for easy launches and confident passing. Obviously it’s not going to smoke everything on the road, but I always felt confident when an Integra, Si, or random pulled up to a red-light with a “ready to go” sideways glance. You get a lot of those in a fifth gen, since it has a pronounced road presence.

The Prelude was marketed as a kind of luxury sports car, and it fit the role pretty well. Now it wasn’t the epitome of luxury, but was definitely a competitor; having more class than it’s Accord or Civic brethren and offering more as standard. Interior wise, it’s a nice place to be, being surprisingly comfortable and refined without too many cheap materials incorporated. It did come standard with some nice things like power windows, mirrors, locks and a sweet looking moon-roof, which I adored, because it fit the look of the car so well when open. As a fancy daily it worked really well, with plenty of storage for stuff and space to fit a 6ft man in the back seats. Won’t be the most comfortable, but it’ll work. With it’s well sorted out ride and nice interior, you could use it as a comfortable commuter during the week and a canyon carver on the weekends. That’s what I did for about three years, with both older and younger people giving me looks of approval.

Now this generation of Prelude only came in two trims for the US: Base and Type SH. If we look outside the US market we can see many different trims like the Si and Type S just for starters. These different letters can offer varying engines, horsepower, and even four wheel steering goodies. The main difference between the two US-spec trims is the tweaked front suspension and awesome Active Torque Transfer System (ATTS) that came on the Type SH. The ATTS basically works by using sensors that read the driver’s inputs and vehicle feedback, then increasing torque to the outside wheel with hydraulic valves. In turn, this makes the car more stable through corners, handle tighter, and improve steering feel and feedback to the driver. Some say the “SH” stands for super handling, and it sure does feel like it. There have been drivers who claim the Type SH feels like a rear wheel drive and I can believe it. Without the extreme drifts and tyre smoking burnouts that come with spinning rear tyres of course. At times, under hardcore driving, my base would even feel like it was best wheel drive.  I only wish we could’ve experienced a more powerful, four wheel steering 5th gen here. 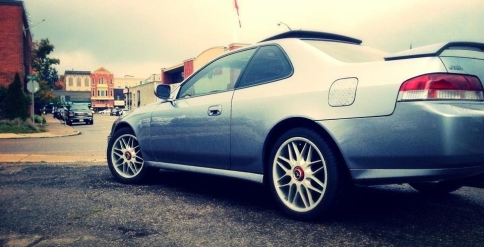 I’ll never really understand why the Prelude ended production. Who doesn’t want a sleek looking practical performer with some luxury, coupled with Honda reliability. We might still have the performance Civics, but they don’t have the same presence of the Lude. When I had mine, my cousin owned an Integra and then a Civic Si, but I always felt like I had the cooler car. You just don’t see 5th gen Preludes as much as the other two. It makes for a more special car with just as much if not better performance. Let’s go ahead and pray to the Honda Gods for a new Prelude. Maybe with best wheel drive and a turbo? Oh please do! For now, it’ll sit in Honda’s history of great cars no longer produced, right along side with the S2000.
If you’re looking for more car related articles and content, check out our Instagram (@ace_driving) and Facebook (facebook.com/averagecarenthusiast) or our friend over at Autonoch for more.

An average car enthusiast in Fredericksburg VA. Author and Editor of A.C.E. Driving View all posts by Travis Porter